Social problems a priority of the state in Geneva? - Wilco Project 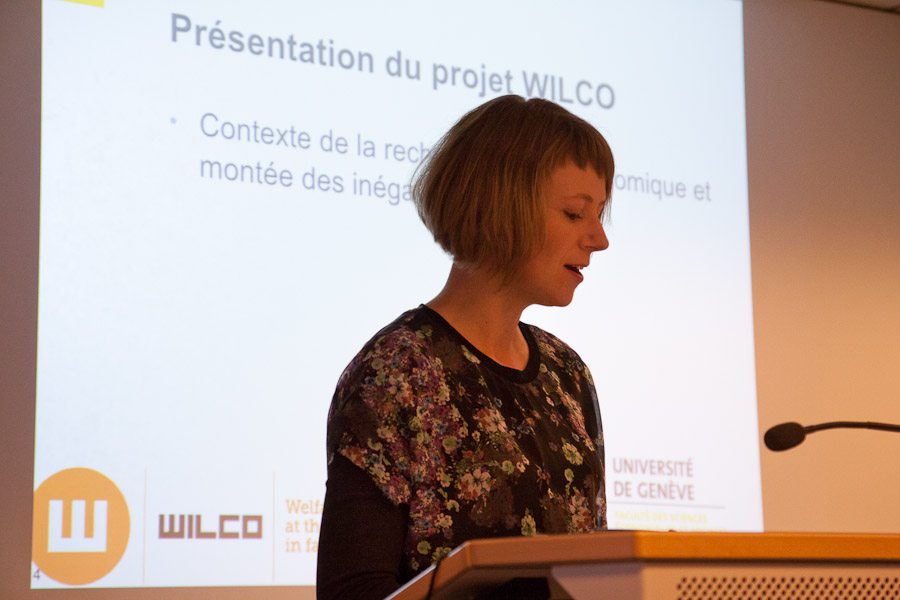 The local diffusion event on the results of the WILCO project in Geneva was held on the 30th of October 2013. The Swiss team invited local representatives of the Geneva administration, political institutions and civil society for a return of results. In the main building of the University, we presented our results on the orientations and innovations of the local welfare system and discussed them with our field partners.

First, Patricia Naegeli presented the context of the WILCO project and our methodology. Then Sandro Cattacin quickly summarized the Swiss context regarding social policy and the role of the local level, prior to presenting the one on Geneva. What we consider as distinctive in Geneva is the consensus on the necessity of a strong local welfare state, based on values such as humanism, collective solidarity, individual responsibility and equity. Globally, the social sector is seen as distinct from other public sectors. Furthermore, we see this sector as quite affected by ideologies. 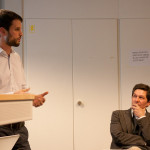 The second Swiss case studied by WILCO was presented by Maxime Felder. He summarized the findings on the Bern local welfare system. Partly due to federalism and the linguistic division, Bern features a quite different context than Geneva. Sandro Cattacin concluded the presentation with a comparative look on the twenty cities studied by the WILCO teams. He proposed a classification of the cities in four categories (or regimes). As we expected, this classification provoked reactions in the audience and led to a collective discussion. 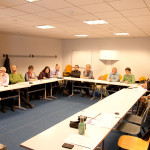 The fifteen participants, representing the municipal administration and political institutions, the civil society and the media, discussed the future orientations of the local welfare state. The main debate concerned the classification. Some of the participants supported our analysis and some did not. The latter considered that Geneva welfare state is not guaranteed and therefore that the regime cannot be described as making social problems a priority of the State. The discussion continued after the presentation with an aperitif.