The project was developed by Immobiliare Sociale Bresciana (ISB, Brescia Social Real Estate Agency in English). ISB is a consortium of cooperatives born in 2001 with the aim of developing social housing projects, both supporting the participating cooperatives to do it and developing its own projects building new apartments or recuperating buildings to devote to social target populations. ISB also builds for its affiliated social cooperatives (to host their workers or to host their activities). In any case, social cohesion is one of the most important criteria that guides ISB in its activities. ISB is composed of social cooperatives (A and B, the first ones offer services, the second ones include “weak workers”, such as psychiatric patients, former prisoners, etc.), a consortium of cooperatives, other kinds of cooperatives and banks, as seen in Figure 1.

From 2002 till now, ISB developed many different projects working with a lot of different agencies (municipalities, affiliated and not affiliated cooperatives, third sector stakeholders). At the beginning, they were only temporarily hosting problematic people who did not have any other housing opportunities. ISB gives tenants the possibility to access new and furnished apartments at modest prices (compared to the market) and offers personal services that permit them to reach housing autonomy. In half a decade, ISB has in fact pluralised its housing stock in order to propose different levels of apartments and solutions: from emergency solutions for evicted families or for homeless people, to secondary solutions and permanently let apartments to stabilise users in their housing needs. ISB operates in favour of different target groups (according to kind of families, age, their origin and their problems). ISB owns the buildings (or part of the buildings) where social housing projects are developed, is the social manager and the provider or developer of a multiplicity of housing and personal services. Social housing for ISB means renting with modest prices (for example the “rent to buy” formulas are not used).

ISB also has a whole building to host immigrant families who moved from Il Carmine, the historical centre of the city. A huge requalification project in the last decade pushed many people, mostly immigrants, to other parts of the city. Here, rents are quite below the market levels ones. ISB works with them with the same philosophy that will be explained below. Two specific recent projects of ISB will be analysed here, both located in Il Carmine, the historical centre of Brescia.

The social housing project implemented in Via del Carmine 15 was developed to cope with the housing needs of single mothers who were referred to ISB by Brescia Municipality, mostly women with young and very young children who experienced domestic violence and who were trying to be independent from their partners. Most of them were immigrants from Eastern Europe. In 2009, an ISB building was refurbished and fourteen apartments were rented to single women or single mothers with young children. They range in size from 50 to 80 per m2. Rents are quite below free market ones, about 60 euros per m2 (which in the Lombardy context is called canone convenzionato). Tenants hold personal rental contracts with ISB.

From 2009-12, the condominium hosted mostly single mothers (80 per cent). In the smallest apartments three single women live together and in the biggest one a whole family with three children and one single earner started to live. At the end of 2011, Contrada del Carmine hosted three families, six women with young children and five single women (in total twenty-eight persons; thirteen Italians and fifteen migrants). During 2012, four (out of fourteen) apartments have been occupied by new dwellers, in most cases because the previous ones moved owing to better life and work conditions (they got married or bought a house). This project did not suffer from arrears in rent payments.

30.2. Conceptions of and ways of addressing users

The Via del Carmine ISB social housing project conceives of users as normal people who need a nice, beautiful and peaceful place to live in, and not as “people with difficulties”. All inhabitants are very well known by ISB, who chooses its tenants one by one. ISB manages its tenants very carefully, helping them in whatever they need, considering them as “partners” of the project and the housing initiative. Some of them can use special resources (counselling services) from the project Intermezzo (literally “between acts”) financed in 2011 by Fondazione di Comunità Bresciana (“Brescia Community Foundation”) to support housing awareness of those who are in personal trouble. These cognitive resources gave light to a high mobilisation of inhabitants to help each other, to find solutions to personal needs with reciprocal help and to the decision to define “real condominium delegates”, showing how democratic will can rise in contexts characterised by high diversity but where common goals are recognised as being in place.

In this project, as well as in other ISB social housing initiatives, contact with former, current and future individuals and families tends to be longer than in other contexts. They are considered tenants rather than clients. In other contexts and projects single mothers with children are only hosted temporarily and do not receive help with other support or case management.

30.3. Internal organisation and modes of working

One of the more innovative aspects of this specific project with regard to the internal organisation is that a lot of energy has been invested in “building self-organisation capacities” in those who live in the building, at least in the first 2 years. It could seem a paradox that the social manager had to intervene to support self-organisation, so this statement needs to be explained. It has to be considered that those who live in this “social condominium” come from many different countries and have different backgrounds. The building is located in a neighbourhood that is now attractive to middle-class households (as a gentrified part of the city) and is to some extend gentrified, but bears a long-standing stigma attached to the high presence of immigrants, drug dealers, prostitutes and so on.

The social manager is a young woman who is the connection between inhabitants of the building and the owner/general manager, ISB. She lives in the building as a tenant and assures that dwellers’ voices are heard, that problems find a transparent and efficient solution, or that auto-organised cleaning activities work well for all. This young girl is a social operator who works for ISB and who can “keep an eye” on the whole building and its inhabitants’ needs.

Most tenants have long rental contracts, as can be seen in Figure 5. Short contracts are related to special tenancy arranged with Brescia Municipality (Social Services Division) or due to tenants’ needs. More than 50 per cent of tenants have quite modest incomes, between 8,000 and 17,000 euros per year, and are eligible for public housing. More than 30 per cent have relatively high incomes (30,000 euros per year), which also led to a social mix in the building from an economic point of view.

Figure 2 – Contracts in Via del Carmine 15, by number of months. Source:Immobiliare Sociale Bresciana 2013. 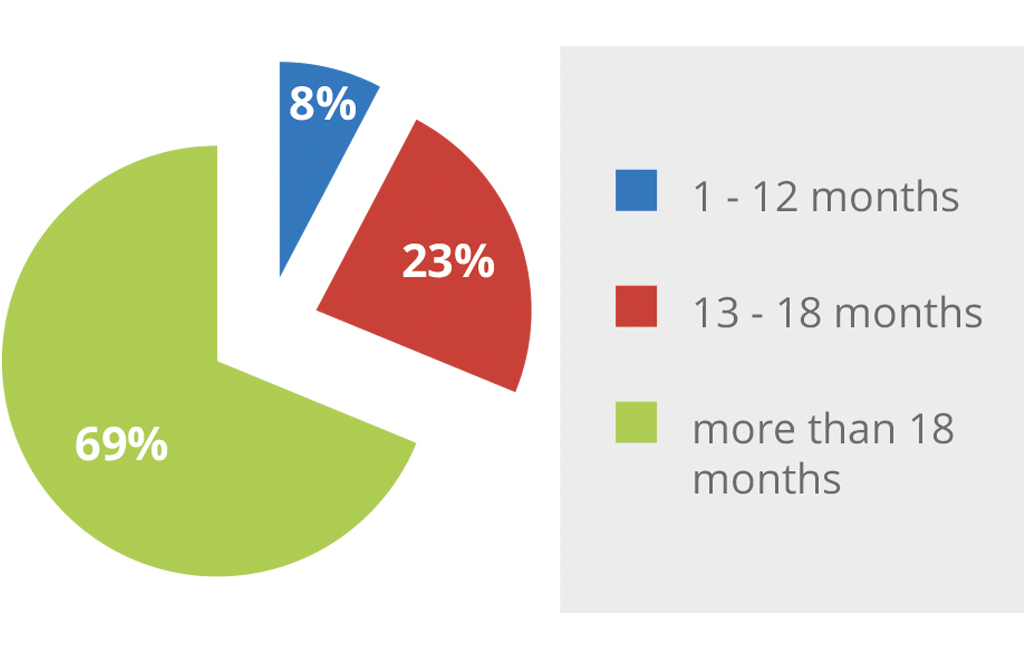 30.4. Interaction with the local welfare system

As stated before, this specific social housing project has been developed in agreement with Brescia Municipality (Assessorato ai Servizi Sociali) albeit following own strategic objectives. Theoretically, the agreement consisted of the fact that ISB would apply moderate rents and the municipality would guarantee rental payments in cases of arrears or insolvency of tenants. As a matter of fact, this did not happen when a person (sent by the public administration) was unable to pay. ISB just did not receive that money. Interaction with the local public welfare system is not very strong because the project functions well and because it works without public funds.